On May 1, 2016, a wildfire began southwest of Fort McMurray, Alberta, Canada. On May 3, it swept through the community, forcing the largest wildfire evacuation in Alberta’s history, with upwards of 88,000 people forced from their homes. Firefighters were assisted by personnel from both the Canadian Forces and Royal Canadian Mounted Police, as well as other Canadian provincial agencies, to fight the wildfire. Aid for evacuees was provided by various governments and via donations through the Canadian Red Cross and other local and national charitable organizations.

Sweeping through Fort McMurray, the wildfire destroyed approximately 2,400 homes and buildings. Another 2,000 residents in three communities were displaced after their homes were declared unsafe for reoccupation due to contamination. The fire continued to spread across northern Alberta and into Saskatchewan,[14] consuming forested areas and impacting Athabasca oil sands operations. With an estimated damage cost of C$9.9 billion, it was the costliest disaster in Canadian history.

Carl Daikeler, a Board member of The Beachbody Foundation donated $5 to the Canadian Red Cross for every person who worked out to the workout “Country Swing” on May 14, 2016. 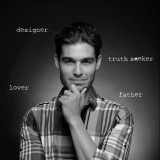